The Spur Schools MTB League is in full swing and early indications are that the league will quickly reach its target for 10 000 entries for the 2015 season. Two months into this year’s season, more than 2000 youngsters have already mounted their bikes in an effort to make it to the top of the league.

Industry experts are confident that the sport will continue its meteoric growth, especially in view of the recent announcement that Spur Steak Ranches have extended their sponsorship for a further three years. This economic boost and continued support of the sport will ensure that schools mountain biking remain in great shape until at least 2017.

MTB fans from across Sub-Saharan Africa, including South Africa and neighbours Zimbabwe and Namibia will take to the track in nearly 60 races leading up to the finals at Bekker School in October. The action-packed finals will once again see schools as well as provinces competing for the coveted Spur Schools MTB League trophy and top spot on the provincial log. 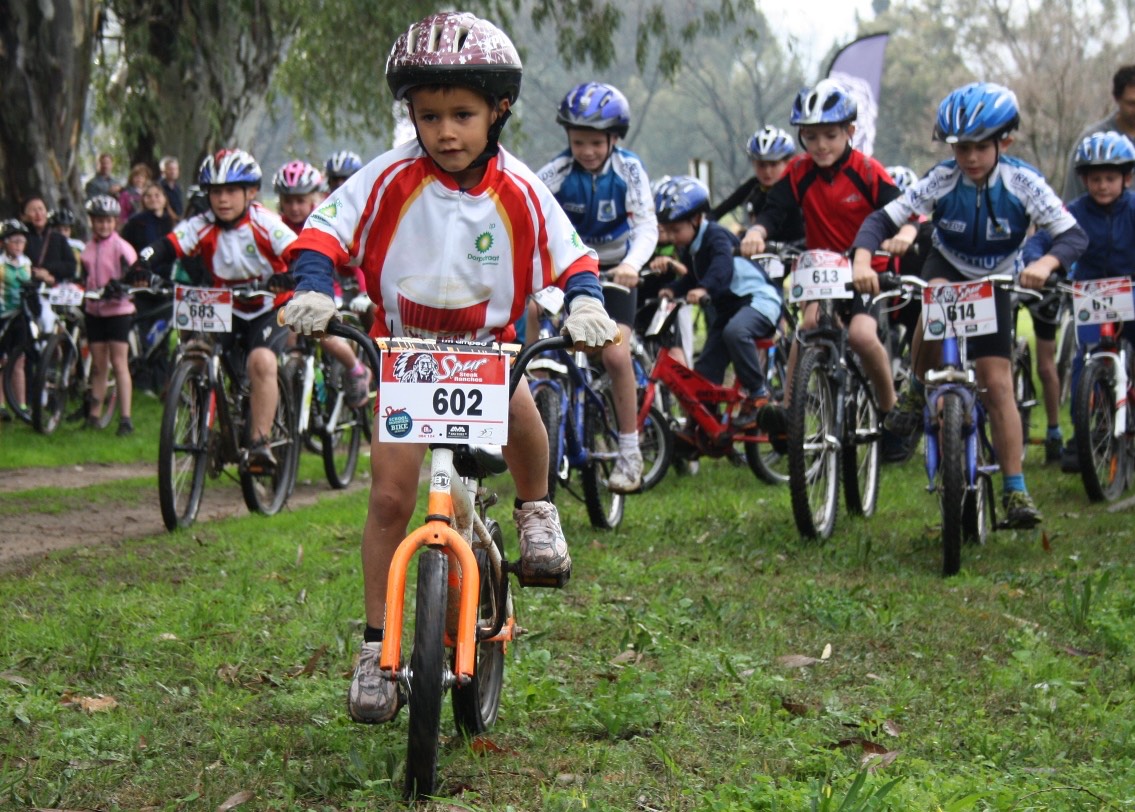 The project was launched in 2009 as a joint initiative between Amarider and Spur Steak Ranches and its humble beginnings saw 900 riders participating in the initial 20 events. Founded by Meurant Botha, Amarider is a national trails advocacy organisation aimed at improving and promoting trail opportunities around Southern Africa. 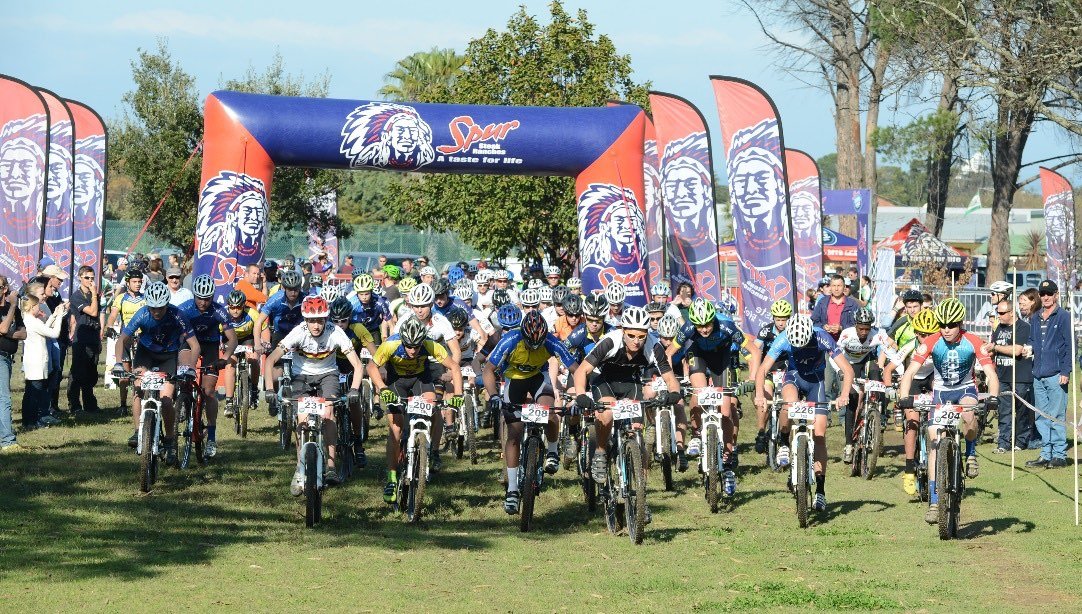 The Spur Group is widely invested in a number of youth sport development projects that promote a healthy lifestyle with the Spur Schools MTB League considered as the flagship campaign. Other youth initiatives include the Spur Masidlale Soccer League, Spur Adventure Series and the Spur Ironkids Aquathlon. Although mountain biking is an individual sport, the Spur Schools Mountain bike league aims to promote cycling as a team discipline. Over the past seven years, the league has logged an average 45% year-on-year growth and has successfully increased the footprint of youth MTB cycling in Southern Africa. 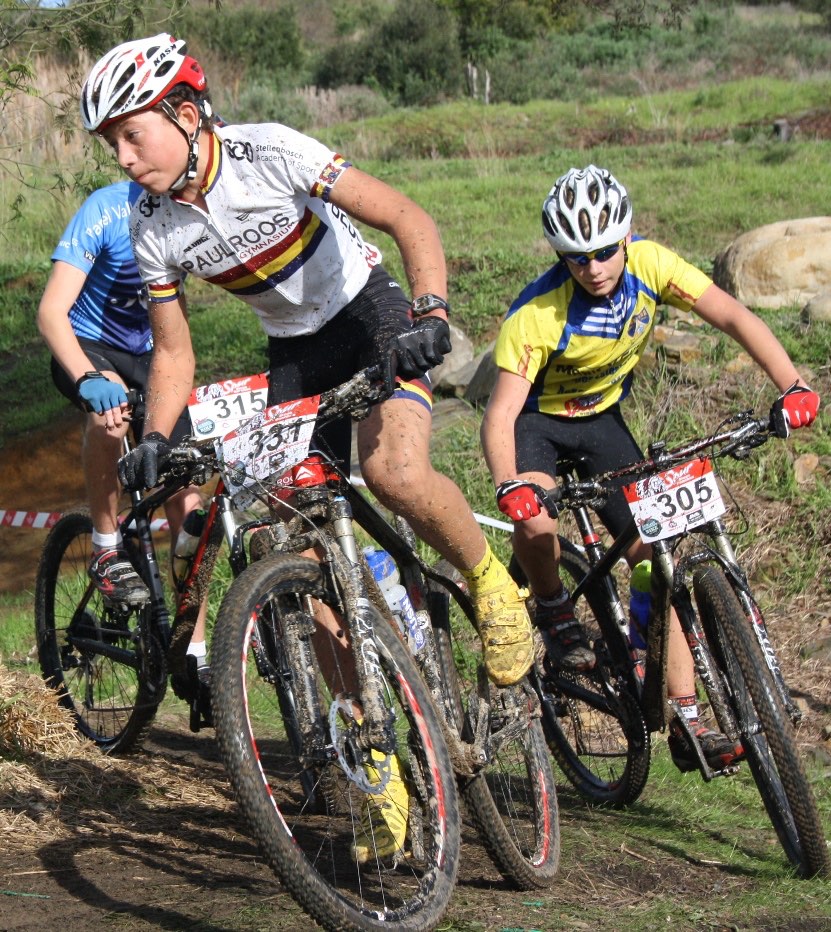 Rossouw Bekker leading the pack in one of the regional Spur MTB League events.

Various rider development programmes have been implemented successfully and numerous mountain bike tracks are being built in association with regional municipalities, schools and land owners. In addition, there has been a definite increase in the number of female riders at league events, which is encouraging for the continued growth of the sport. While only high school learners qualify for the national finals, organisers have also noticed a national surge in primary school participation, which augers well for the future of the sport.

Botha ascribes the success of the league to the strong network of regional co-ordinators, who take care of local events as well as increased involvement from schools. “One of the major developments is the shift to racing on school grounds. Developing these tracks at schools not only brings the racing to the kids, but more importantly places the sport right in the middle of the traditional and mainstream field/court sports. This gives mountain biking greater exposure, relevance and credibility. In 2015, that ratio will be more than 50%,” states Botha.

A natural progression of the development of the league has been the establishment of South African Schools Cycling (SASC) headed up by Deon Steyn, as national governing body of the sport. Apart from the further development of regional structures, the major drive for SASC is to lobby with the Department of Education to accredit mountain biking as an official schools sport.