The Western Cape leg of the 2015 Spur Schools MTB League got off to a thunderous start with a record number of 530 riders attending the first race of the season this weekend at Meerendal Wine Estate.

Perfect weather conditions and scenic surrounds provided the ideal setting for great racing and spectator enjoyment throughout the day. 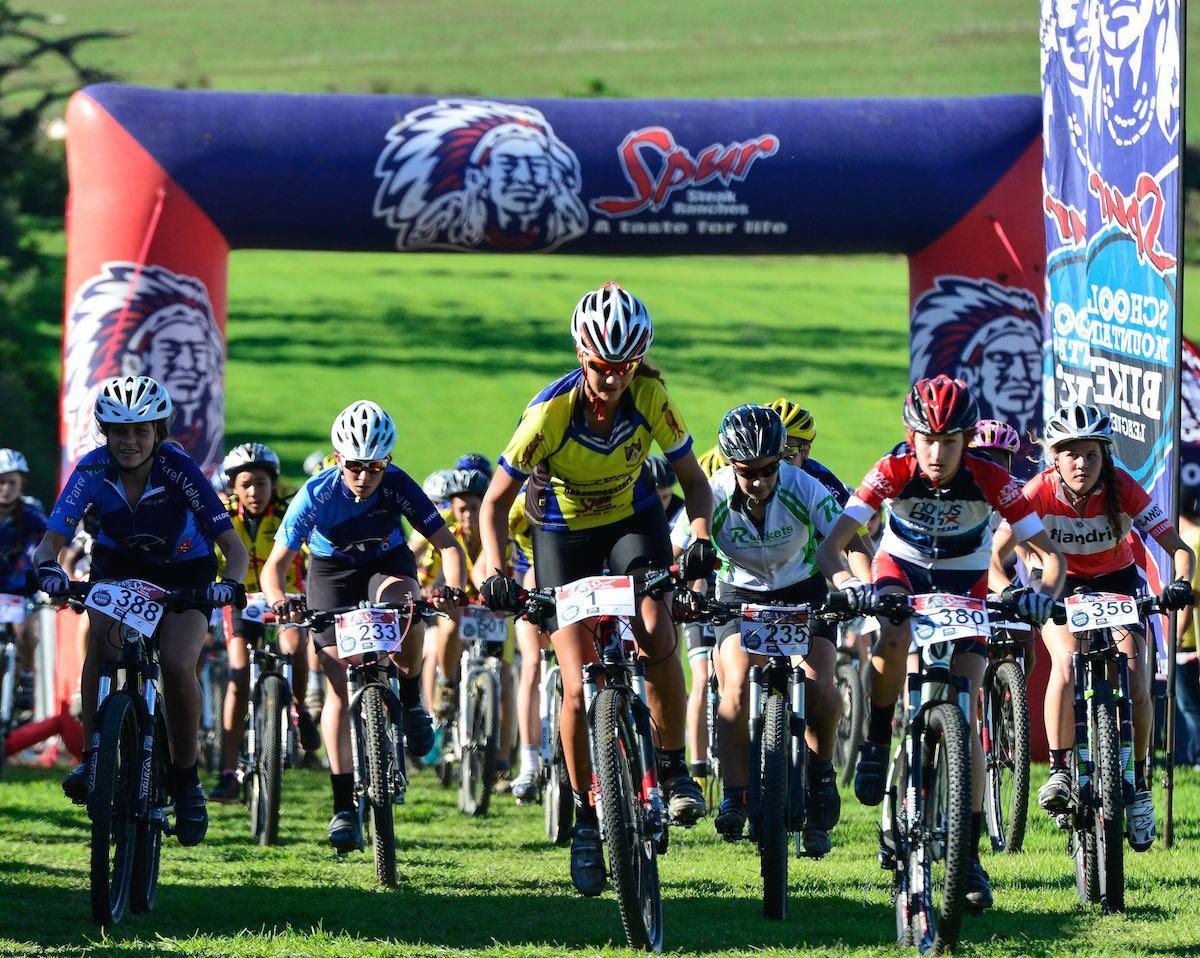 According to league co-ordinator, Meurant Botha of Amarider the strong contingent of primary school riders was a good indicator that mountain bike riding is gaining great support as a sport of choice.

“We are delighted with such a strong start to the season as our record number of entries last year was 470 riders. Judging from the level of riding showed by the high school participants, we’re most definitely in for a very exciting season leading up to the national finals in October,” said Botha.

Botha further stated that it was especially good to see more girls competing and that more schools are being represented as the Spur Schools MTB League is particularly aimed at school teams.

The project was launched in 2009 as a joint initiative between Amarider and Spur Steak Ranches and its humble beginnings saw 900 riders participating in the initial 20 events. This year mountain bike fans from across Sub-Saharan Africa, including South Africa and neighbours Zimbabwe and Namibia will take to the track in nearly 60 races leading up to the finals at Bekker School in October. 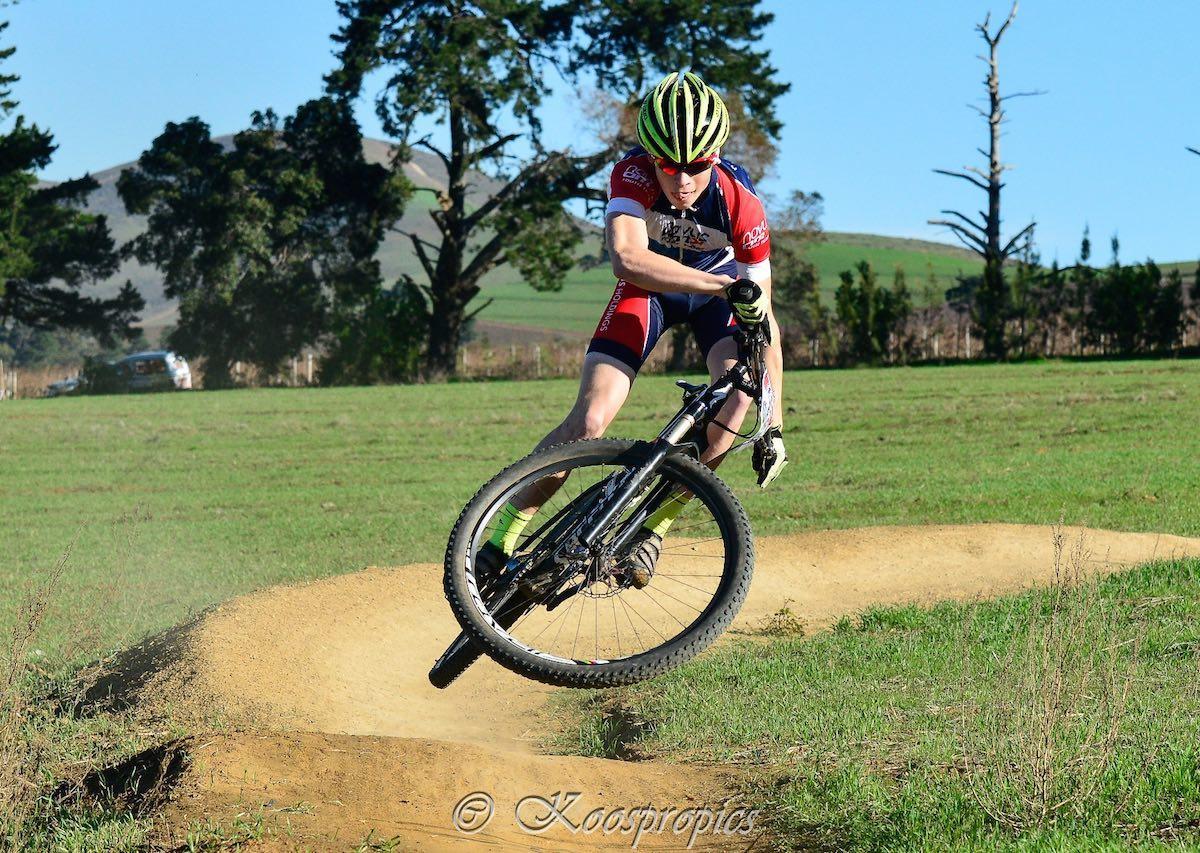 Early indications for the 2015 season is that the target of 10 000 entries is well within reach.

One of the strongest categories of the day, the youth men (16 years) had the crowd on their feet and cheering as a strong leader group of eight riders broke away from the field and really had to push hard from start to finish averaging a 7 minute lap time. One of the favourites, Johan Trotsky of Montana High School lost his chain and early lead, which resulted in him having to fight his way back from the 16th spot to finish third. The race was won by Joshua de Freitas of Parel Vallei High School with Rossouw Bekker of Paul Roos Gymnasium in a close second. 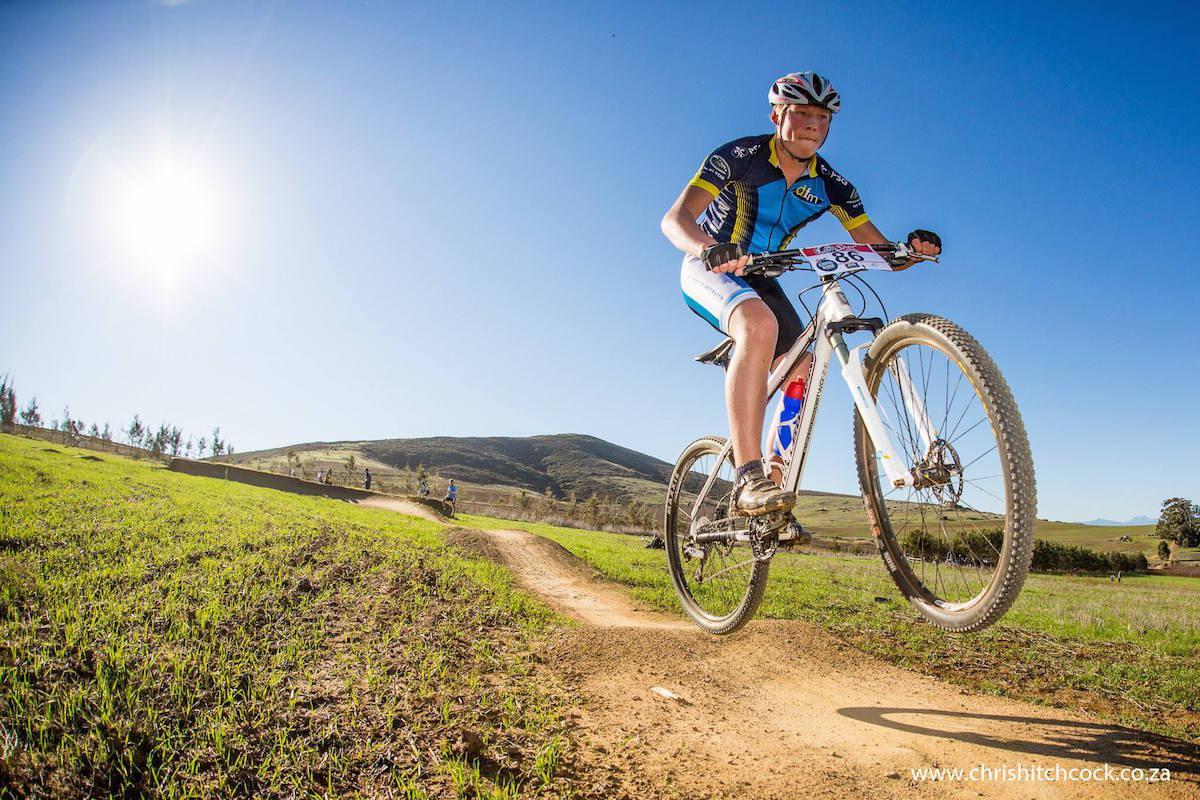 A large field of about 100 riders gathered at the start line for the main race of the day, the junior men (17-18 years) with a strong battle amongst the first three riders. It was Matthew Lombardi of Paul Roos Gymnasium that held the upper hand to finish first with Andrew Sparks of Reddam House second and Matthew Keyser of DF Malan in third.

Although Matthew Lombardi confessed to preferring a more technical track with bigger climbs, he had fun on the track. “Although not too technical, the 3km track was very fast and intense. The burnsection was fun and gave us an opportunity to get our breath back. It took a couple of tight switchbacks to accelerate, but was mostly an enjoyable track with a fair bit of climbing,” said Lombardi.

Parel Vallei High School is currently lying top of the log with 427 points, with Paul Roos Gimnasium second with 213 points, Montana High School in third place with 206 points and DF Malan in fourth with 174 points.

The Spur Group is widely invested in a number of youth sport development projects that promote a healthy lifestyle with the Spur Schools MTB League considered as the flagship campaign. Other youth initiatives include the Spur Masidlale Soccer League, Spur Adventure Series and the Spur Ironkids Aquathlon. Although mountain biking is an individual sport, the Spur Schools Mountain bike league aims to promote cycling as a team discipline. Over the past seven years, the league has logged an average 45% year-on-year growth and has successfully increased the footprint of youth MTB cycling in Southern Africa.

A natural progression of the development of the league has been the establishment of South African Schools Cycling (SASC) headed up by Deon Steyn, as national governing body of the sport. Apart from the further development of regional structures, the major drive for SASC is to lobby with the Department of Education to accredit mountain biking as an official schools sport.

The second Western Cape league race will be hosted at Southeys Vines in Sommerset West on Saturday, 25 July. For further information follow us on @SpurMTBleague, log on to SpurSchoolsLeague on facebook or visit www.spurmtbleague.co.za.